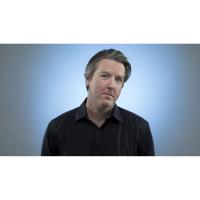 Christopher Hawthorne, the architecture critic for the Los Angeles Times, has been named the keynote speaker for the 2016 Hollywood Economic Development Summit.

The 22nd annual summit is sponsored by the Hollywood Chamber of Commerce and focuses on Hollywood development and land-use issues. This year’s theme is “Emerging Hollywood: Building a Better Neighborhood”, according to co-chairs Dwayne Gathers of Gathers Strategies and Tim Grubbs of Valley Crest Design Group.

With Alanna Stang, Hawthorne is author of The Green House: New Directions in Sustainable Architecture (Princeton Architectural Press, 2005) and was consulting curator of an exhibition of the same name at the National Building Museum in Washington, D.C.

He has taught at the Graduate School of Journalism at the University of California at Berkeley, Columbia University, and the Southern California Institute of Architecture. He is now professor of practice at Occidental College, where he directs the Third Los Angeles Project, a series of public conversations about architecture, urban planning, mobility and demographic change in Southern California.

In 1998, he was awarded a year-long fellowship at Columbia’s National Arts Journalism Program. In 2015, he was Critic in Residence at the American Academy in Rome.

Hawthorne has a bachelor’s degree with honors and with distinction in the major of political science from Yale, where he also studied architectural history.

For further information about the Summit or sponsorship opportunities, contact the co-chairs of the event or Leron Gubler at: leron@hollywoodchamber.net.