Statement On The U.S. Department Of Housing And Urban Development Report On Homelessness 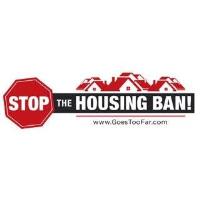 The staggering scope of L.A.'s homeless crisis underscores the urgency of stopping the housing ban on the March ballot, which would reverse the will of the voters who overwhelmingly passed Prop HHH

Today the United States Department of Housing and Urban Development reported to Congress that Los Angeles has the largest number of chronically homeless people in the nation. With nearly 13,000 people—2,700 of them veterans—unable to find a home, the city remains atop the nation's homelessness list for the second year in a row.

The so-called Neighborhood Integrity Initiative will exacerbate homelessness at a time when Los Angeles is finally doing something to address it. In November, City of L.A. residents voted overwhelmingly with a 76% yes vote for Prop HHH, a $1.2 billion housing bond to build permanent supportive housing for the homeless. However, the NII would prohibit construction on 11 out of 12 sites chosen by the city to develop housing for the homeless—the first developments that could be funded and built with HHH funds. The 12 locations, known as the Affordable Housing Opportunity Sites (city report available at https://cl.ly/hi63) are city-owned properties that have been proposed for development into permanent supportive housing or other affordable housing solutions.

"When Los Angeles voters passed Prop HHH last week, we made it clear we will take bold action to end this crisis of chronic homelessness," said Gary Toebben, President and CEO of the Los Angeles Area Chamber of Commerce. "We need every tool at our disposal, and a ban on new housing when we are poised to solve this issue would be disastrous. The last thing our city wants is the kind of road-block to progress that the so-called Neighborhood Integrity Initiative represents."