Opportunities and Challenges in 2016 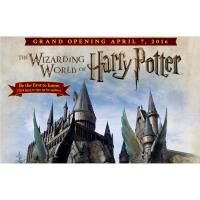 The dawning of a new year is a good time to assess where we have been and where we are going. There certainly are a lot of things of which we can be proud at the start of 2016.

When I first came to Hollywood back in 1992, the outlook was bleak. Companies were leaving Hollywood by the dozens. There was a real question as to whether it would be possible to turn things around, and if Hollywood had declined too far to remain a viable commercial district.

Fast forward to 2016 and we have indeed made progress. Neuehouse and several restaurants have opened at the beautifully-restored and enhanced Columbia Square, with Viacom moving in later this year. Just down the street, the Icon is rising at Sunset-Bronson Studios, which will become the Southern California headquarters for Netflix. And JH Snyder has finished a beautiful office complex in the Media District.

These new additions will bring hundred if not thousands of additional jobs to Hollywood. We will benefit from their presence in the community. With more than one-million sq. ft. of office space being added to the market, we anticipate that other companies will also be coming – allowing Hollywood to remain an important business center.
We will also see the completion this year of the Dream Hotel on Selma Ave. as well as construction progressing on the Kimpton Hotel just a few blocks to the east. These new hotels will help Hollywood provide the rooms to service visitors coming here to see the new Wizarding World of Harry Potter at Universal Studio as well as business travelers.
Unfortunately, this year also brings the specter of another no-growth initiative. This effort by opponents of growth in Hollywood is going citywide (see main story). These no-growth advocates have no answers on where growth should go. Not only do they want to stop it in their neighborhood, but now they want to stop growth everywhere in the city. They want to roll things back 50 years.

Their myopic vision will result in higher housing prices, less affordable housing, a drastic reduction in construction jobs, and greater congestion throughout the metropolitan region. The Hollywood Chamber will join a myriad of other organizations that I’m sure will come forward to fight this ill-conceived initiative.

Hollywood also faces an influx of homeless individuals that we have not seen in decades. This is a problem that is facing the entire city. It is of concern to us. We have met with city officials and written letters asking for immediate action to find solutions. There are no easy answers. It will continue to be a priority for the Chamber during this year.

One thing I’ve learned working in Hollywood is that there are always new opportunities and challenges that arise. Whatever they may be, your Hollywood Chamber of Commerce looks forward to an exciting year working for you.
Contact:
Hollywood Chamber
info@hollywoodchamber.net, (323) 469-8311