Zarrinnam Says: New Year Will Be Busy for the Chamber 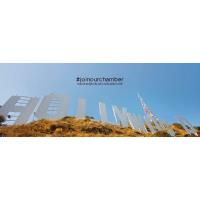 The start of a new year is a chance to reflect on where we’ve been and what challenges and opportunities we anticipate. There is a lot on the Chamber’s plate as we look forward to 2018.
On the development front, we’ve seen several new projects break ground in 2017. We anticipate that continuing in 2018, starting with a groundbreaking for Kilroy Realty’s Academy and Vine Project. This project, on the site of what was once proposed by the Motion Picture Academy for a museum, will generate hundreds of construction and permanent jobs and will add another 250,000-sq.ft. of office space to our Hollywood inventory.
The Chamber has been lobbying the City Council to move forward with the adoption of a new Street Vending Ordinance. When they decriminalized street vending last year without adopting a new ordinance, it created chaos on our sidewalks. This is something the City Council needs to address right away. There needs to be a prohibition of street vending on the Walk of Fame, and strict guidelines for other sidewalks. We will continue to press the City for action on this.
We are hoping that the City will also move forward early in the year with Hollywood’s Community Plan Update. We are operating under a plan that is 30 years old. We need a plan that addresses today’s issues. City Planning had anticipated completing the new plan before the end of 2017, but is making every effort to address all issues and to get it right, so has taken longer than originally envisioned. We agree that is the right course, but let’s work to get the plan adopted in 2018.
The Chamber is also actively working to create two new business improvement districts in East Hollywood. The proposed Hollywood/Western BID is nearing the percentage of signatures needed to move it forward. We hope to finalize this BID in 2018. Meanwhile, the feasibility study is underway for the Route 66 BID along Santa Monica Blvd. We should be underway in the spring on the petition drive, and there is a good possibility that we can secure the needed signatures before the end of the year.
Meanwhile, we are also working with Council District 4 on their mobility study to determine a plan to address Hollywood Sign traffic in the neighborhoods adjacent to Griffith Park. We are excited about the possibility, which has been in the news, of an aerial tram to take people up to the Sign without having to enter residential neighborhoods. Realistically though, a big-picture solution such as this will take several years to get entitled and built. And so there needs to be both short-term as well as long-term solutions. By working together, we think it will be possible to craft steps which can help to resolve those challenges.
And of course, there will be other issues in 2018 that require our attention. It is possible there may be legislation to extend the California Film Tax Credits, which have been so successful. If that occurs, we will be active in the effort in Sacramento, because this means so much to our economy and the thousands of working families who work in the industry. We are hoping to also gather more economic development information to assist in moving Hollywood’s revitalization forward.
­It is going to be a busy year for the Chamber. We look forward to working with you to move Hollywood’s agenda forward.