It's All About Jobs: A Few Observations about Measure S 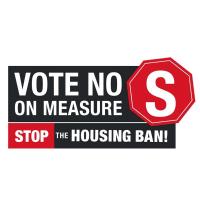 With only two weeks to go until the election, there has been a lot of “ink” written on the topic of Measure S.  You’ve heard the statistics about how this measure is going to cost our economy $1.9-billion and 12,000 jobs for each year it is in place.  You’ve heard about its devastating impact on affordable housing, especially in light of the passage of Measure HHH to build permanent supportive housing that Measure S would make difficult to build.  And you have heard the claims of the proponents that only five percent of the proposed construction within the City will be impacted.

With the debate drawing to a close, I would like to share a few of my final observations.   Here are my thoughts:

I add my voice to those who say that Measure S is the wrong remedy for Los Angeles.  Now that the City Council has committed to regularly updating community plans, our energy would be much better spent on seeing that we get visionary, well-thought out plans adopted for each area of our city.  Let’s work to see that good developments are added along future and existing mass transit lines, and that they contribute to making this a more livable city.  That way, we will all be winners.

Leron Gubler has been serving as the President and CEO of the Hollywood Chamber of Commerce for the past 24 years. His tenure since 1992 continues to oversee the great comeback story of Hollywood.