Hollywood Stars as Itself, a Personal Panoramic View 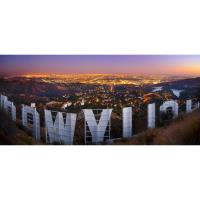 As I sat having lunch at Mama Shelter with a colleague recently, we were both excited by the hip, buzzy lunch crowd, great food and how this building on the corner of Wilcox and Selma has been so creatively reimagined from it’s formerly derelict predecessor.

I’ve worked in Hollywood for 28 years, and I can’t believe my eyes seeing the transformation of Hollywood’s historic core from a neighborhood that was once considered “down for the count” into Hollywood 2.0; now reclaiming its luster as the creative entertainment capital of the world.
Sure…that’s what they all say, right?

Did you know that video streaming powerhouse Netflix will have a huge presence in Hollywood’s economic and cultural fabric when its So. Calif. operations relocate and occupy 200,000-sq.ft. of the state-of-the-art Icon office tower on Sunset Blvd. in late 2016/early 2017?

Recently, I toured the nearly completed Columbia Square project on Sunset @Gower (in and around the historic landmark 1938 CBS Radio building), and it was easy to see why media giant Viacom, entrepreneurial workspace innovators Neuehouse, and an iconic musical instrument company (to be announced soon) have signed on to be the building’s first flagship tenants.

Cheerleading aside, we must accept that we are in a transformative period. We have work to do, (as any neighborhood that is “mid-sentence”, and in transition can attest). Hollywood needs to resolve several issues that have come into sharp focus, increases in homelessness, upticks in crime, scarce affordable housing and excessive traffic. We lack an updated community plan that (when in place) could help to give greater clarity to our land-use, major planning, and mobility decisions that impact the quality of life for our residents, visitors and businesses.

Nearly every project in Hollywood comes with some challenges, and (in some cases) controversy. But, I’m not here to get “into the weeds” about zoning, money or politics.
I’m here to turn up the volume on the conversation about Hollywood that is full of momentum, imagination, invention, and big ideas. And after my 28 years here, it’s incredibly gratifying to experience.

Hollywood now has gathered the velocity and launched its own authentic cultural festival, the “Only in Hollywood” Festival #OIH2015 celebrating local music, live performance and food; and why you’ll probably fall in love with Hollywood all over again.