Hollywood Chamber PAC Announces Board of Directors for 2017 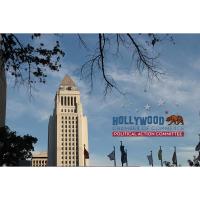 HOLLYWOOD, CA – April 30, 2017 – The Hollywood Chamber of Commerce Political Action Committee (PAC) elected a new Board of Directors for 2017 at its annual meeting. The new board is comprised of the following members:

Mark R. Edwards has nearly 20 years of public affairs experience honed managing political campaigns, working in government, non-profit advocacy, community relations and government relations in the private sector. “Thank you to the PAC Board of Governors for their continued confidence in me by electing me to serve a second term,” said Edwards, President of the Hollywood Chamber PAC. “After a busy election season the PAC will focus on raising funds, advocacy, and building relationships with local, regional and state government officials."