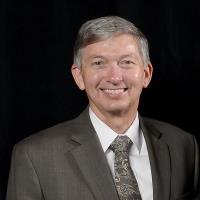 HOLLYWOOD, CA – JANUARY 17, 2018 – Leron Gubler, who has been head of the Hollywood Chamber of Commerce for 25 years, has decided to retire from his duties as the leader of one of the most-recognized chambers of commerce in California. Gubler, 66, announced to the Chamber Board today that he will be ending his career with the Chamber by 2019.

“It has truly been an honor to work in one of the most famous communities in the world and to be a participant in the revitalization of Hollywood,” said Gubler. I have had great opportunities working with our board, my staff and so many committed Chamber members, as well as the entertainment industry.”

Gubler has served as the President and CEO of the Chamber since 1992, which makes him the longest-serving CEO in the history of the 97-year old organization. In September 2017, he was honored for his 25 years of leadership at the helm of the Chamber.

“Over a quarter century ago, Leron was hired during Hollywood’s darkest hours, when hope for great leadership was only a dream for the Chamber Board,” said Jeff Zarrinnam, chair of the board of the Hollywood Chamber. “For 20 years, I’ve attended a countless number of meetings with Leron, where I witnessed his wisdom, small-town values, great character, positive will, enthusiasm and patience to push things constantly forward toward a successful action. We thank him for his service to Hollywood and we wish him the very best.”

In announcing his retirement, Gubler noted that the Chamber is in sound financial shape, has relocated to an office in the heart of the new commercial district of Hollywood, and has strong business leadership and a committed staff. “The Chamber is well-positioned to continue to lead Hollywood forward,” Gubler noted, “which made my decision to retire much easier.”

Gubler is perhaps best known to the public for his role as the emcee for the Hollywood Walk of Fame, an assignment he assumed 10 years ago at the passing of longtime Hollywood Honorary Mayor Johnny Grant. He has emceed about 300 Walk of Fame ceremonies during that time, but has participated in more than 600 ceremonies during his tenure at the Chamber.

He was also responsible for launching the State of the Entertainment Industry Conference, which has completed its sixth year, and which focuses attention on the importance of the entertainment industry to Southern California and the issues which challenge it. He also initiated the Chamber’s Awards Media Welcome Center to assist and welcome the media to Hollywood that come to cover the Academy Awards.

Gubler is a past chair of the Western Association of Chamber Executives – the professional association for chambers of commerce in the western U.S. Prior to his work in Hollywood, he was the executive director of the San Pedro Peninsula Chamber of Commerce and before that an administrative assistant at the Santa Monica Chamber of Commerce. He holds a Master’s degree in Public Administration from BYU. A California native, he was born in the small town of Woodlake and grew up in Porterville.

Zarrinnam, in announcing Gubler’s retirement, noted that he would continue working at the Chamber through the end of 2018 to allow for a smooth transition in leadership. A search committee is in the process of being formed that Zarrinnam will head. Any inquiries should be in the form of email communications to: presidentialsearchcommittee@hollywoodchamber.net.