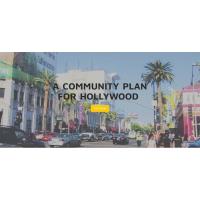 The Department of City Planning (DCP) unveiled the updated version of the draft Hollywood Community Plan on June 13th, which will shape the future of Hollywood by directing jobs and housing near major transit corridors. In particular, the Plan focuses most of the housing anticipated through the year 2040 in central Hollywood, in areas served by the Metro Red Line.

In an effort to further inform and engage residents and community members within the the Hollywood area about the Hollywood Community Plan Update Process, the Department will hold a series of informational meetings throughout the summer, after which time recommendations will be made to the City Planning Commission.

A key feature of the Plan includes a new interactive online map that allows users to search by address to view the proposed changes to zoning. The proposal and the interactive map are available on http://www.hcpu2.org/

The Plan proposes to maintain areas currently zoned for single-family residential uses while providing increased protections for hillside residential neighborhoods. Additionally, it incorporates preservation tools for Hollywood’s historic neighborhoods, recognizing the community’s rich architectural and cultural history are one of its strongest assets.

"The update to the Hollywood Community Plan will create the necessary tools to preserve our historic structures, promote transit-oriented and pedestrian-friendly development, encourage production of affordable housing, and provide the ability to reimagine and repurpose our surface parking lots to make Hollywood more livable and more walkable,” said Councilmember Mitch O’Farrell of the 13th District. “I encourage my constituents to participate in the public process and provide input that will help create a plan that benefits every stakeholder in Hollywood."

“Updating the Community Plan is essential to not only preserving Hollywood’s history but also building capacity for critical new jobs and housing,” said Vince Bertoni, Director of the Department of City Planning. “This plan strikes a balance in providing opportunities to address our housing shortage, while also providing expanded controls over building scale, height, and design to protect the special character of Hollywood. This plan has taken shape over many years of dialogue with our communities, and we are continuing to seek input from residents, community groups, and businesses to forge
together the future vision for Hollywood.”

The Metro transit system connects Hollywood to the San Fernando Valley and to Downtown via the Metro Red Line. In Hollywood, there are five subway transit stations along Hollywood Boulevard and Vermont Avenue. The Plan maximizes the investment in transit by focusing new development in areas well-served by transit and minimizing growth in existing low-density neighborhoods and hillside areas.

The Plan better promotes the economic vitality of Hollywood by preserving industrial land for entertainment and media-related studios and supportive uses. It also creates incentives for mixed-use buildings along several commercial corridors such as Santa Monica Boulevard, Vine Street, and Western Avenue. In addition, it allows larger-scale commercial and office uses in targeted areas near the Hollywood/Highland and Hollywood/Vine Metro stations.

Hollywood is home to a great diversity of housing types and scales, including mid-century hillside homes, iconic bungalows, and period revival apartments. The Plan preserves the character of hillsides and low-density neighborhoods through the expanded use of density and height restrictions. The Plan creates housing opportunities in selected, higher density multi-family areas near transit.

The Department will hold a series of informational meetings throughout the summer, after which time recommendations will be made to the City Planning Commission. To learn more about the upcoming dates for the meetings and public hearings or to sign up for updates, please visit HCPU2.org.

The City of Los Angeles is organized into 35 Community Plans, which incorporate and balance a variety of priorities, including maintaining the integrity and stability of existing neighborhoods, providing the ability for increased housing opportunities to address current and future demands, protecting our natural and open space resources, maintaining economic vitality by preserving vibrant commercial areas with businesses of all sizes and preserving industrial areas that provide high-quality, good-paying jobs.