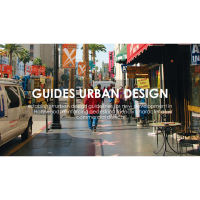 The Department of City Planning (DCP) has released an updated version of the draft Hollywood Community Plan, which will shape the future of Hollywood by directing jobs and housing near mass transit corridors. In particular, the Plan focuses most of the housing forecast through the year 2040 in central Hollywood, in areas served by the Metro Red Line.

A key feature of the Plan includes an interactive online map that allows users to search by address to view the proposed changes to zoning. The proposal and the interactive map are available on HCPU2.org. Hearings on the proposed Plan are expected to occur this fall. However, the DCP is planning to hold several community informational meetings throughout the summer, on the following schedule:

The Plan proposes to maintain areas currently zoned for single-family residential uses while providing increased protections for hillside residential neighborhoods. Additionally, it incorporates preservation tools for Hollywood’s historic neighborhoods, recognizing the community’s rich architectural and cultural history are one of its strongest assets.

“The update to the Hollywood Community Plan will create the necessary tools to preserve our historic structures, promote transit-oriented and pedestrian-friendly development, encourage production of affordable housing, and provide the ability to reimagine and repurpose our surface parking lots to make Hollywood more livable and more walkable,” said Councilmember Mitch O’Farrell of the 13th council district, who represents much of central and south Hollywood.

Vince Bertoni, Director of the Department of City Planning said that “Updating the Community Plan is essential to not only preserving Hollywood’s history but also building capacity for critical new jobs and housing. This plan strikes a balance in providing opportunities to address our housing shortage, while also providing expanded controls over building scale, height, and design to protect the special character of Hollywood.”

The Hollywood Chamber of Commerce is a strong advocate for adopting a new updated Community Plan. “The Chamber has been urging the rollout of this revised plan for a long time,” said Chamber President & CEO Leron Gubler. “Hollywood is currently operating under a plan that is nearly 30 years old. This forces developers to seek exceptions to outdated zoning. Having an updated plan is in the best interests of this community.”