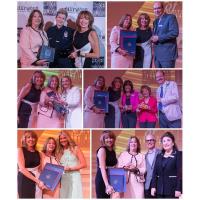 Returning for another year in their roles as Co-chairs were Carol Sarian and Cindy Braun. ABC Entertainment guru George Pennachio served as celebrity Emcee.