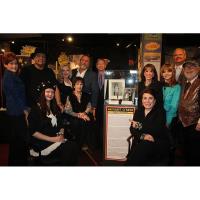 The Hollywood Chamber of Commerce, in conjunction with Variety, presented the 15th Annual Awards Media Welcome Center at the Hollywood Museum in the Historic Max Factor Building on March 1st exclusively for press accredited by the Academy of Motion Pictures Arts and Sciences.

For one day only from 11 a.m. to 1 p.m., the Hollywood Chamber hosted its exclusive annual press event to promote Hollywood to local, national, and international members of the media who are in town covering the Academy Awards®. The Chamber offered an opportunity for the AMPAS accredited press to convene and interview Academy Awards® insiders, book authors, museum owners, including business and civic leaders and Hollywood Walk of Fame experts. The Media Welcome Center featured an array of exhibits on Hollywood and interview opportunities from entertainment insiders. The press was treated to the best of Hollywood as exhibitors showed off what makes Hollywood the entertainment capital of the world. 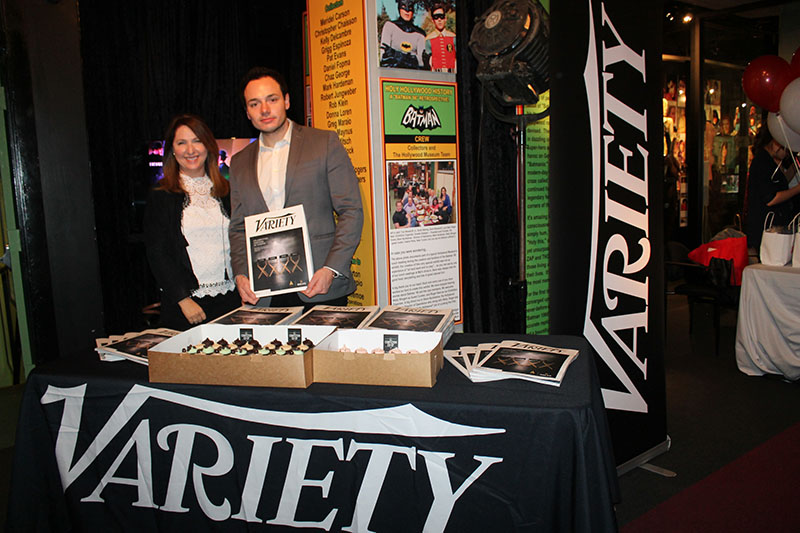 “Our exhibitors are eager to meet with the press and update them on what’s happening in Hollywood,” said Kaylee Kiecker, Executive Vice President of the Hollywood Chamber of Commerce. “This event features such interviews that the visiting press compiles and sends out through their newscasts, the world to learn more about the entertainment capital of the world,” she added. 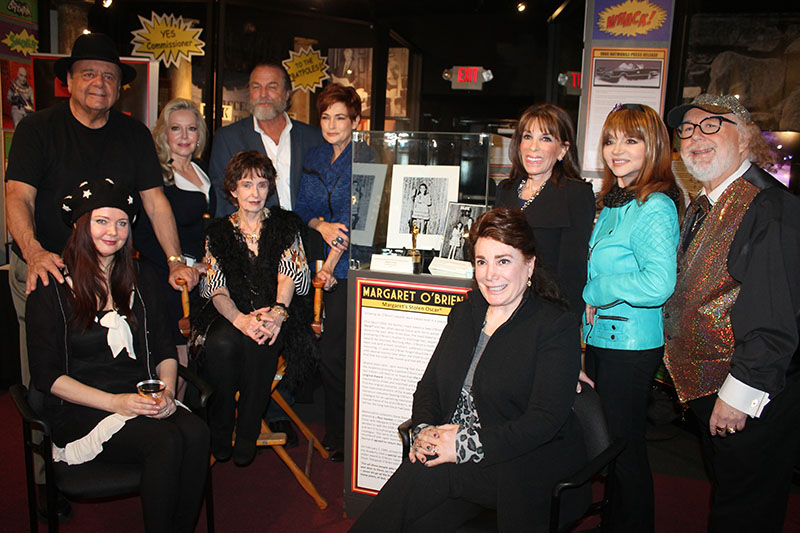 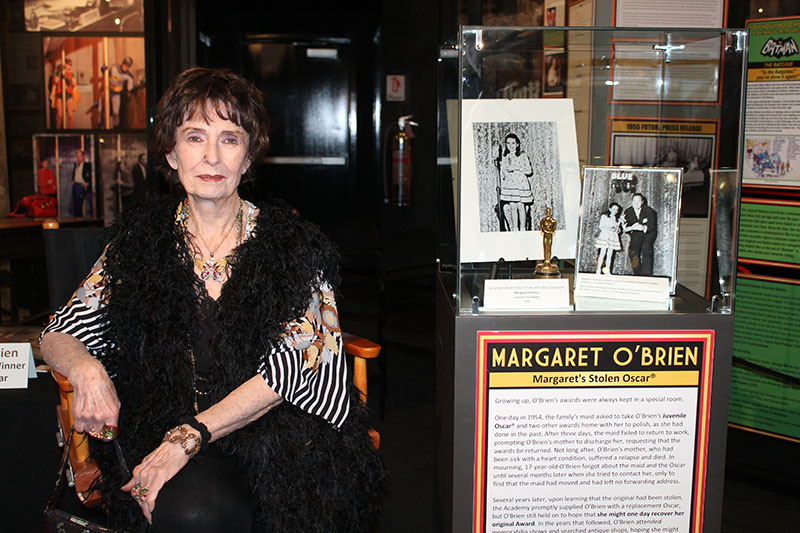 Academy Award winner and Walk of Famer Margaret O’Brien spoke of her experience as one of only twelve child actors to be honored with a special ‘Child Oscar.’ The Academy Juvenile Award or ‘Child Oscar’ was a special honorary Academy Award which recognized performers under the age of eighteen for their contribution to screen entertainment. O’Brien brought her rare ‘Child Oscar’ with her. O’Brien has two Walk of Fame stars in Motion Pictures at 6606 Hollywood Blvd. and Television at 1634 Vine Street. 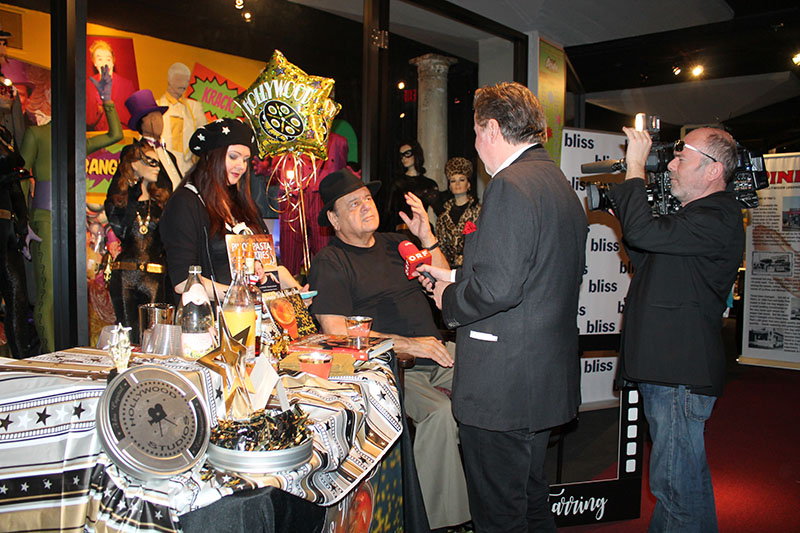 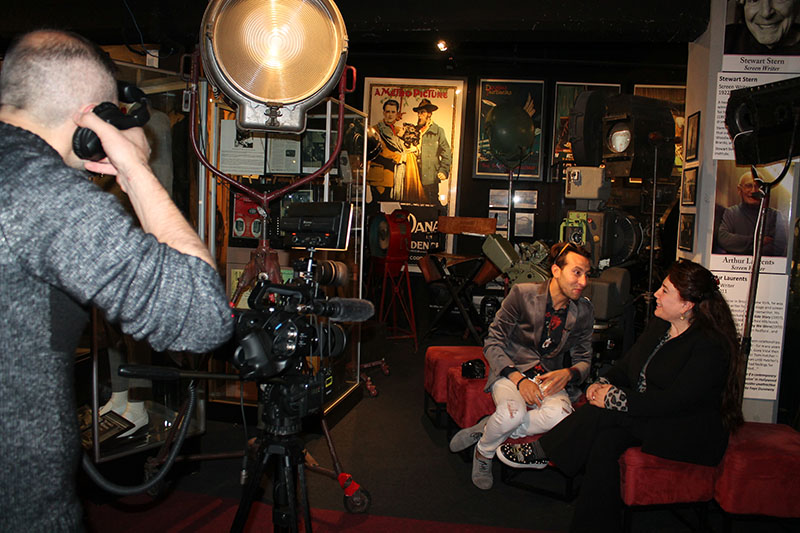 The Hollywood Museum in the Historic Max Factor Building invited the press to experience a self-guided tour of the most extensive collection of Hollywood memorabilia. The museum’s recent exhibit Batman ’66 features a one-of-a-kind, collection of costumes, props, and collectibles of the iconic 1960s show. Additionally, the museum had on display costumes and props from past Academy Awards® nominees and winners. Donelle Dadigan, Owner & Founder of the Hollywood Museum and Co-chair of the Hollywood Historic Trust, discussed the first ever exhibition of the 1960’s Batman TV show, BATMAN ’66. In collaboration with Burt Ward and world-renowned Batman ’66 collectors, the exhibit features original costumes, props, and much sought-after collectibles of this timeless fictional superhero. 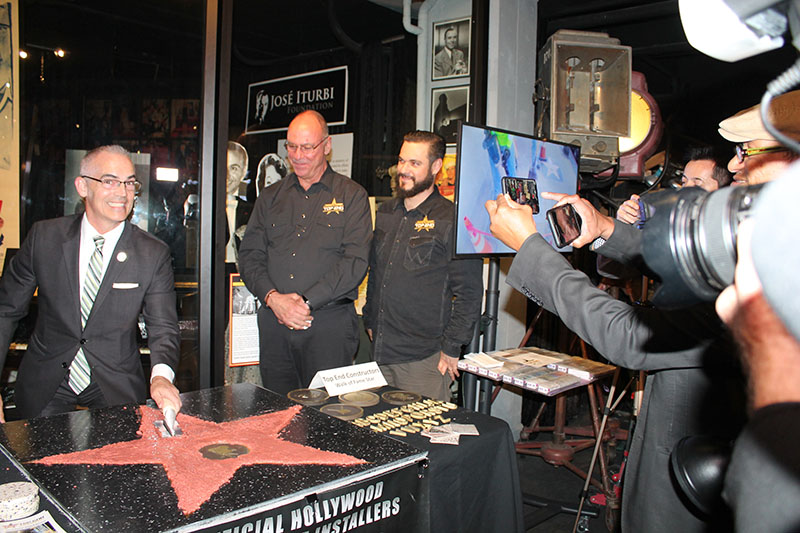 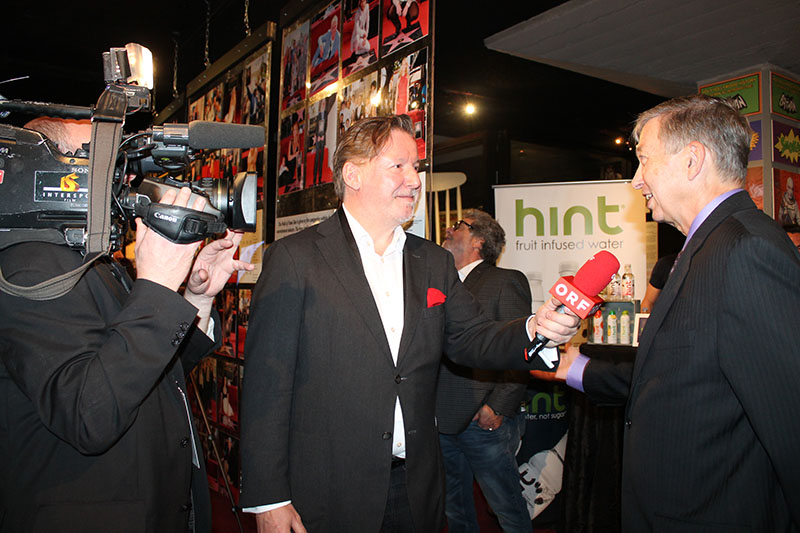 ​
Leron Gubler, President & CEO of the Hollywood Chamber of Commerce, discussed the revitalization of Hollywood and how the Chamber continues to champion the economic growth of this world-famous community. 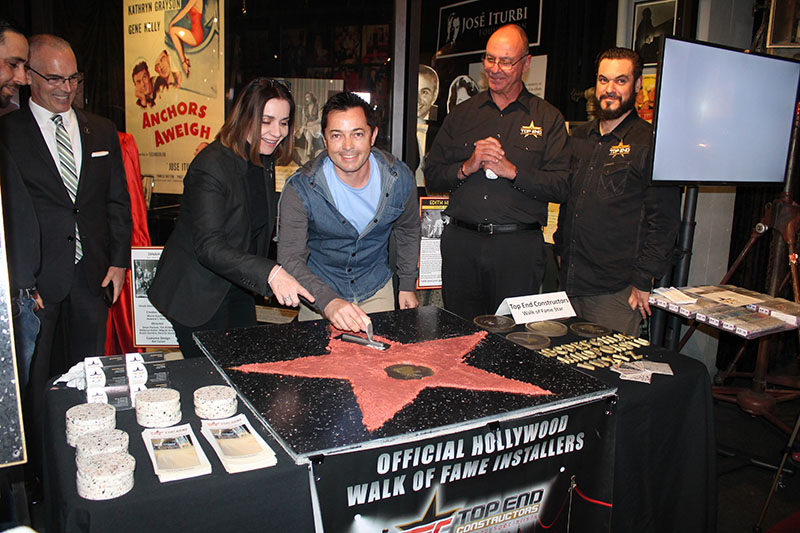 Chamber’s Stargirl Ana Martinez, Vice President of Media Relations/Producer of the Hollywood Walk of Fame for more than 30 years, shared her unique experiences about this famous landmark, its history, and what it takes to be the producer of the star ceremonies. 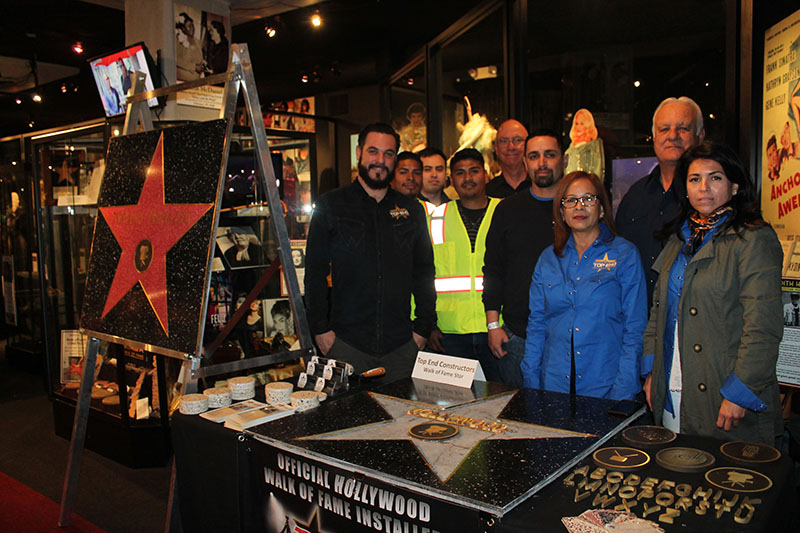 Top End Constructors held a live demonstration of the making of a Walk of Fame star. Attending media had an exclusive opportunity to experience and interact with the process. 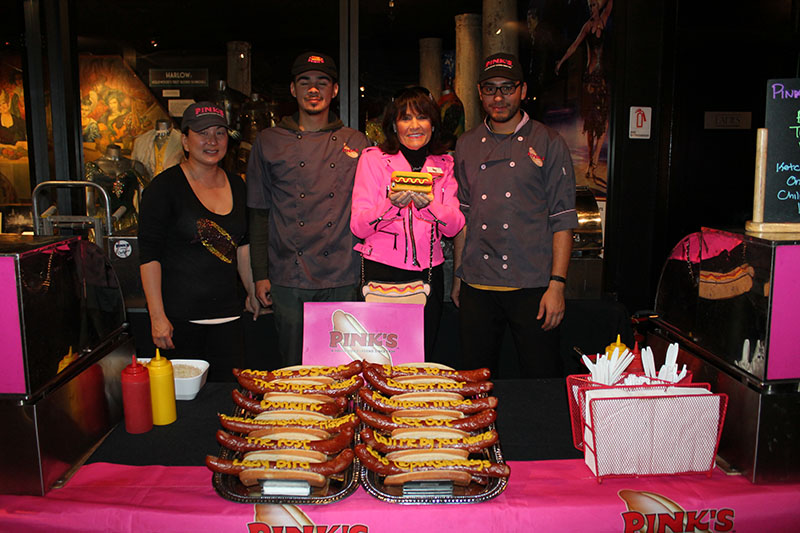 Hollywood’s Legendary Pink’s Hot Dogs, providing ‘Hot Dogs to the Stars,’ served their delicious dogs and boasted their ‘Celebrity Wall of Fame’ which showcases stars who have written about their love of Pink’s. 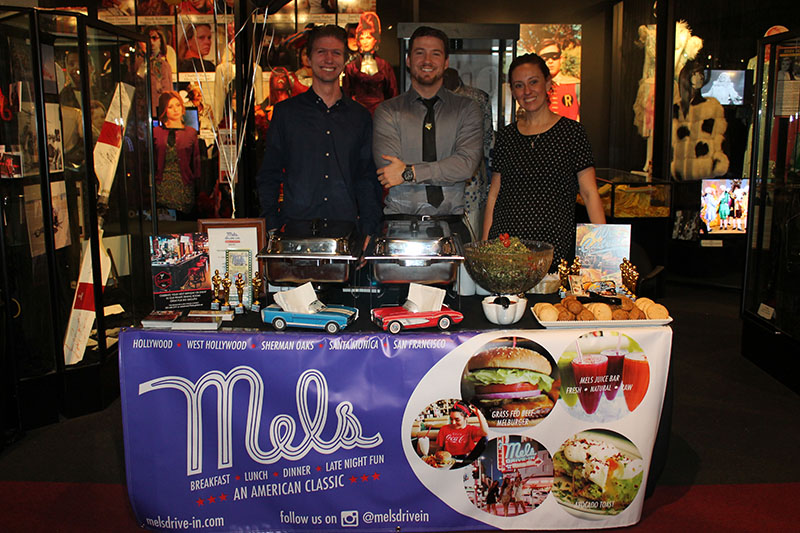 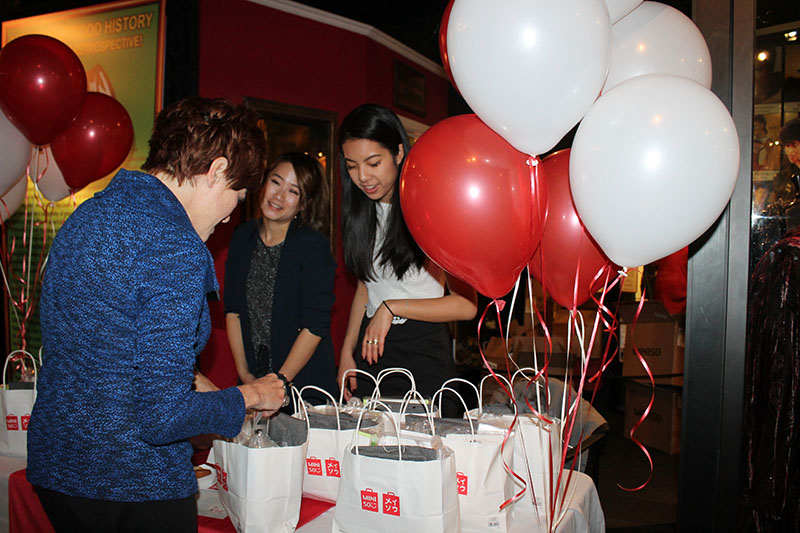 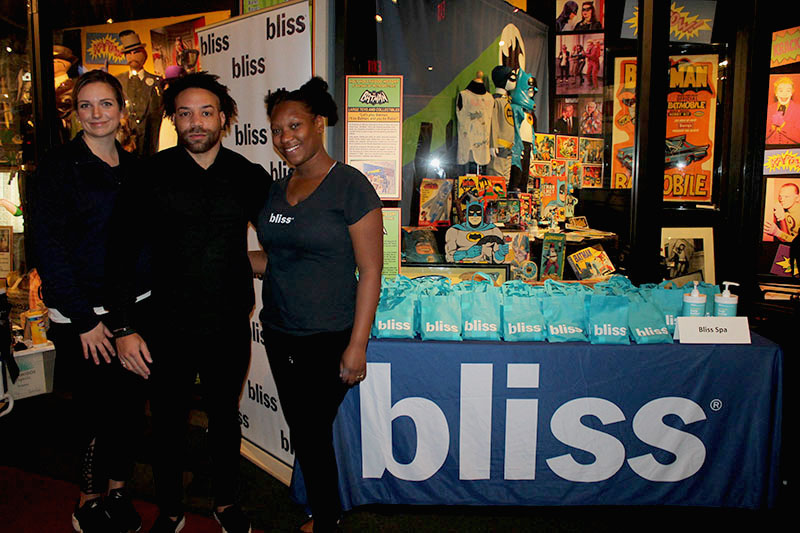 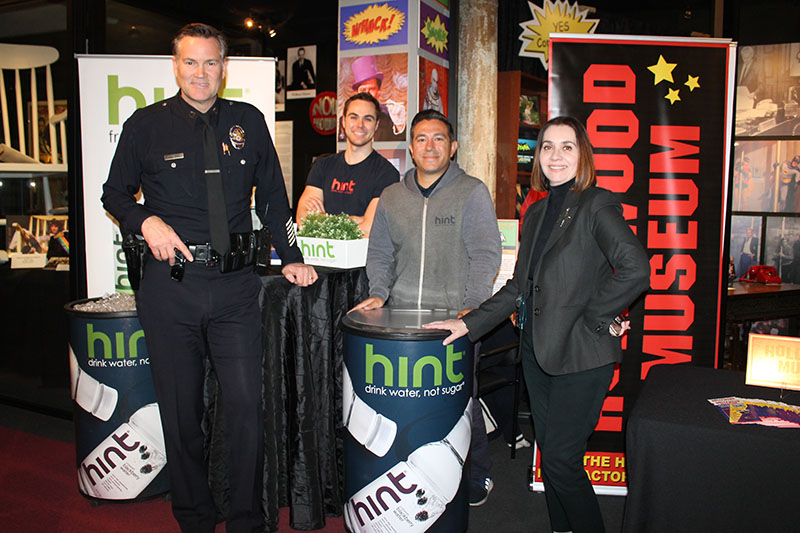 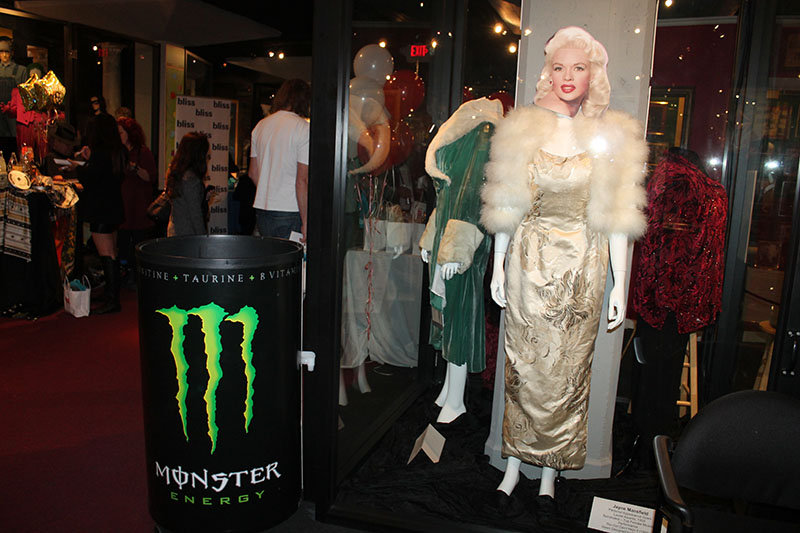 Monster Energy Drink provided beverages to quench the media’s thirst with a delicious drink that enhances stamina and energy. 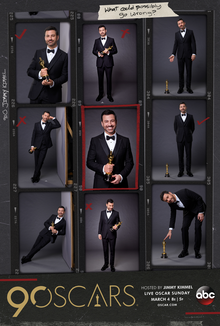