Battle Over Jobs, Housing and Congestion Expected in 2016 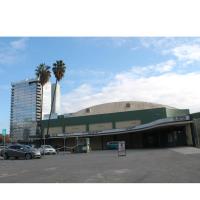 A battle is shaping up in 2016 over the future of Los Angeles. On one side are smart growth proponents who are encouraging development in the city to be built near major transit lines while on the other are those who want to stop virtually all growth in the city to reduce congestion in their particular neighborhoods.

The no-growth advocates are working to qualify what they term the “Neighborhood Integrity Initiative”. The initiative, if it qualifies, is likely to go before voters in November 2016, in conjunction with the Presidential election.

The initiative would put in place a two-year building moratorium, prevent the City Council from approving amendments to the General Plan that would facilitate the approval of specific development projects, and require the City to update its 37 community plans, even though the initiative proponents are the same people who fought to prevent the City from adopting an updated Hollywood Community Plan.

“The Hollywood Chamber of Commerce will be working to educate the voters about what will happen if this initiative passes,” said Leron Gubler, Chamber President & CEO. “In actuality, it will kill jobs, make the housing crisis even worse, and will add to congestion throughout the city.”

“This initiative, if it is successful, will put people back on the out-of-work list,” stated Ron Miller, executive secretary of the Los Angeles/Orange Counties Building & Construction Trades Council. “It will end a construction revival that is creating careers for new apprentices, providing ongoing work for journeymen and benefiting all involved in the Building Trades.”

What the ballot advocates really want is to simply shut down our system, continued Miller. “They want no growth. Whether it’s 40 stories or 14, they don’t want anything in ‘their backyard.’ And their backyard is the entire city.”

Gubler said the Chamber is very concerned that the initiative’s passage would lead to greater congestion in neighborhoods throughout greater Los Angeles. “The proponents have no plan to accommodate growth,” he stressed. “Without a plan, development will occur everywhere, which means greater congestion as people have no choice but to pass through neighborhoods to get to their destinations.

He noted that there are plenty of success stories from cities around the world that have guided growth along transit corridors. As cities build out their mass transit systems, people then have an alternative to using cars. When cities do not encourage development to be in proximity to mass transit, residents have no other viable option but to use cars to get around – which leads to greater congestion.

Housing is another area which is expected to suffer if the initiative passes. A study by Zillow last spring showed that Los Angeles was the least affordable place in the U.S. to buy or rent a home. Due primarily to roadblocks thrown up by anti-growth advocates, only 187 units per every 1,000 new residents are being built in Los Angeles.
The lack of new housing has resulted in Los Angeles being the U.S. city with the biggest housing price increase over the past 15 years, according to a study released by Standard & Poor/Case-Shiller.

“This increase in housing prices may be good for some people who want to see their investments appreciate, but it is terrible for average residents who have seen their incomes stagnate or decline,” commented Gubler. “There is an affordable housing crisis in this city which is only going to get worse if this initiative passes.”
Gubler noted that it had recently been revealed that the high cost of housing in L.A. was one of the greatest factors in Toyota deciding to move 3,000 employees from Los Angeles to Texas.

Once the City Attorney’s office approves the language on the initiative, which is expected in January, proponents will have 120 days to gather approximately 61,000 signatures to qualify for a citywide vote. If it qualifies, it is expected to be on the ballot for the November 2016 general election.
Contact:
Hollywood Chamber
info@hollywoodchamber.net, (323) 469-8311