IT'S ALL ABOUT JOBS: A New House Is Coming to Hollywood 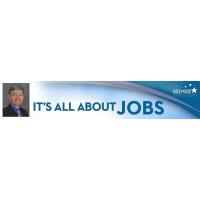 Recently I attended a gala press announcement hosted by the Japanese Consulate and Consul General Harry H. Horinouchi. I was particularly interested to learn about a cutting-edge initiative that is going to be very beneficial to Hollywood, and which is bound to become a new attraction for both locals and tourists.

Known as Japan House, the program is a new public diplomacy initiative from Japan’s Ministry of Foreign Affairs to showcase the best of Japanese arts, culture, innovative technology, food, and more. The Ministry has selected three locations around the world to showcase the initiative – London, Sao Paulo and Los Angeles. Of particular interest to us is that Hollywood & Highland has been selected as the Los Angeles location.

The Los Angeles Japan House will bring the most authentic aspects of Japan to the world and will promote understanding and appreciation of Japan in the hopes of strengthening U.S.-Japanese relations. The concept is still being refined, but you can expect Japan House to open within 2017. You should also know that our own Beth Marlis, Chamber Chair of the Board, is on the advisory board to the Japanese consulate, working to make this a reality.

There are a few things that we already know about Japan House. It will consist of two separate locations at Hollywood & Highland. On the second floor, the facility will take up over 6,000-sq.ft., with a shop, café, multi-media room (and special presentations about Japanese culture), and a seminar room. On the fifth floor, there will be a Japanese restaurant featuring top Japanese chefs and an event space (in over 8,000-sq.ft.) which can accommodate 200 people.

This is exactly the type of attraction that Hollywood needs and can host better than any place else in Southern California. We already know that Hollywood is a magnet for people from the entire region. Enterprises such as the El Capitan Theatre, the Pantages Theatre, the Hollywood Bowl and Amoeba Records have proven that this is the place for entertainment. We are the top tourist destination in Los Angeles County as well – and with the pending opening of Universal Studio’s Wizarding World of Harry Potter – we expect that our desirability will continue to grow.

I believe that unique attractions such as Japan House have their greatest chance at success here. And they help our “brand” as well. For Hollywood to succeed, we must be able to continue to add new attractions that will draw people. We cannot sit back while other areas of Southern California open popular new venues.

Tourism, along with Entertainment and Health Care, are our three major employment sectors in this community. Thousands of jobs rest on our ability to continue to improve the Hollywood brand. The Hollywood Walk of Fame is one way that we constantly reinforce the brand, but we cannot rely just on the tried-and-true attractions.

We welcome Japan House to Hollywood and look forward to having their involvement in this community. As we learn more details about their plans, I am sure that the level of excitement will grow even more!